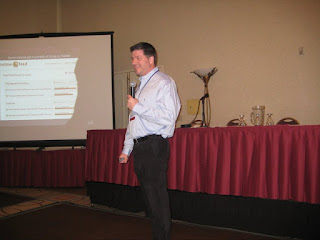 Our LGBT Marketing Conference held at the Radisson Hotel Westside was an incredible success, thanks to the support of our key partners including OneGoodLove.com, Lesbian News, Frontiers Magazine and Echelon Magazine.  In addition, we worked closely with local LGBT chambers of commerce in the area as well, including the Long Beach LBCBN, Palm Spring's Desert Business Association and the California Gay & Lesbian Chamber of Commerce.

Key presenters included not only Matt Skallerud (Pink Banana Media) and Tom Roth (Community Marketing) but also Rick Lugash of Next for Small Business discussing the good, the bad and the ugly of creating good copy, Jerime Black of Barefoot Winery reviewing their successes over the years in LGBT marketing and Frank Mastronuzzi of OneGoodLove.com talking about mastering search engine optimization. 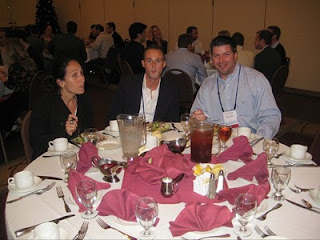 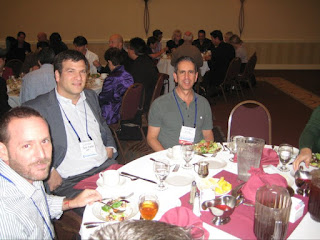 Matt Skallerud presented some of the latest in social media marketing, including some new topics such as FourSquare and mobile phone technologies and how they are becoming more and more important in the world of online marketing overall.  Tom Roth presented his insights in LGBT research, including some very recent statistics related to online media usage, as well as the key concept that there is no ONE gay market, but rather many multiple LGBT markets a company should be aware of when deciding how to strategically target their marketing message.

We had two unique panels as well, including one focused more on the state of LGBT media in 2011, headed up by Ella Mathes of Lesbian News, David Stern of Frontiers Magazine and Susan Goldberg of Logo.  The second panel focused more on advertising and PR to the LGBT community and included Judy Scheer of YESDESIGNGROUP, Scott Barretto of Straight Out Media and Michael Goff of Towleroad.com. 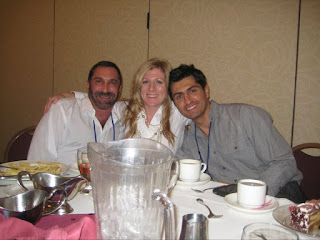 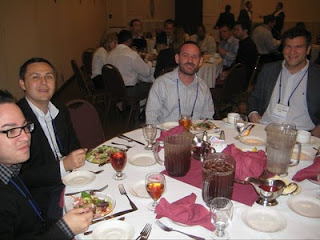 Attendees ranged from the head of Krol Vodka to a team from the Jupiter Hotel in Portland, Oregon.  We had many attendees from Nevada, including both the Las Vegas and Reno areas, including the Virginia City CVB.  We also had several advertising agencies, as well as a team from the Queen Mary... all looking to continue to expand their base of knowledge and remain competitive in reaching the LGBT marketplace as we approach 2011.

Photos thanks to Vic Gerami of Frontiers Magazine

Unknown said…
Hello,
This simply speaks of being able to spread your good word. Not only that, but being able to spark conversations based on your promotion would make your viewers become potential subscribers and followers, and eventually refer your brand product beyond the first degree.