VisitBritain and Visit London: Marketing Strategies for Staying Competitive in the Gay and Lesbian Market 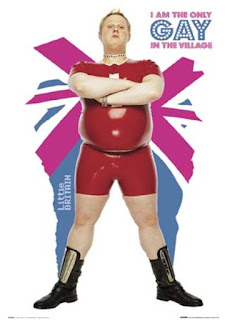 There are several marketing campaigns in the GLBT community that most everyone is familiar with - the Absolut campaign with their back cover ads on various GLBT print publications, the American Airlines campaigns ranging from event sponsorship to print and online advertising to extensive in-person networking with the infamous Rainbow Team, and the then there is the VisitBritain and Visit London advertising campaigns, consistently running for the past several years in a way that continually reminds us of the UK as a top GLBT travel destination. It seems that everywhere we would turn we would run into some marketing effort of this campaign, ranging from a billboard on Santa Monica Boulevard to a large booth at Chicago’s North Halstead Market Days (with hot, kilt-wearing men recruiting passers-by to come on over), with all points online and in print covered in between.

So how did they do it? As a destination ahead of the curve and setting the path for other destinations to follow, what is their strategy and how are they set to take their successes from the past and integrate them with new strategies of the future, taking advantage of a variety of new mediums in the Web 2.0 and Social Networking world including Facebook, MySpace and more?

One major part of their success has been their GLBT marketing consultant, Serge Gojkovich of Gay Consultants, Inc. (GCI). Having a strong background in marketing and the world of gay travel, he has helped navigate this team to stay both relevant and cutting edge in a space that touts well over 100 other destinations worldwide vying for the GLBT traveler and his or her $60B in travel spending.

It all started by identifying the opportunities. VisitBritain and Visit London were able to segment the GLBT market demographic they were going after into three distinct groups, with special marketing techniques all of their own. These three groups and their subsequent opportunities were as follows:

1. Remind Potential New Visitors Why London and Britain Are So Unique

2. Remind Past/frequent Visitors What Is New about London and Britain

3. Remind LGBT market why London/Britain should be the #1 choice for LGBT-friendly travel.

Upon identifying these three market segments, Visit London and VisitBritain included known research they had on the US market, which told them that this audience wanted to be shown a local’s perspective, but from a credible, authentic, and unique experience.

Which led them to their own unique GLBT marketing plan for the past year, which included:
The results were:

So what’s next for this “ahead of the curve” marketing campaign for GCI Consultants and his British clients? For one thing, more dynamic and interactice local perspectives, recruiting real people in various walks of life to give a more personal and first-hand experience for traveling to Britain and London. Expanding that same message into other parts of the UK, and opening up the frontier in Germany, a huge travel market with growth potential for London.

And whatever else this team is cooking up over the next few months, it should be exciting for all of us to see as this group shows us what being cutting edge in the world of GLBT marketing is all about!

For the full-color PDF version of this story, go here:
http://www.PinkBananaMedia.com/pdf/GMG2008-GCIConsultants.pdf