The LGBT "TwitterSphere" - How Do You Do It? The Unique Language of Twitter

By Pink Banana Media - March 06, 2017
As the second part of the LGBT TwitterSphere series of articles, this blog post focuses on the HOW of Twitter... how do you do it and how do you make it work for you?  This is key, as a large number of individuals and businesses are posting from Facebook to Twitter automatically, which just doesn't cut it.  Others are focused solely on driving traffic to their websites, and if they are an LGBT media company, their website might be the only place an advertiser is able to be promoted, not on Twitter directly (Twitter directly, by the way, is where the new world of LGBT influencers are promoting their clients and advertisers). 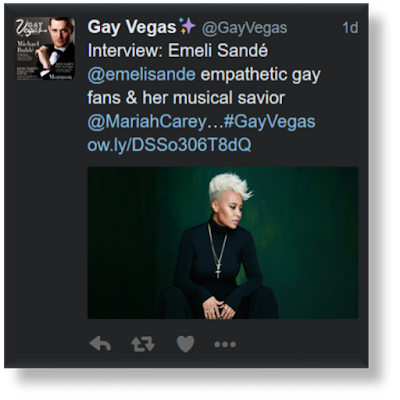 There is no one, single method or strategy here... it's all about maximizing what 144 characters + an image and a web link can do for you.  By using these components described above, your Twitter post will be seen by a wider audience, and stands a better chance of going viral, even by just a modest amount.

What's important is that you see these Tweets as an extension of you and your company in the social media environment.  You're not just posting and speaking TO your audience... you're engaging and speaking WITH your audience, the way influencers do.  It's important to follow back those that follow you (and are relevant to you and your business).  It's also important to view your Twitter feed a few times per week, liking, commenting and at times, sharing via a ReTweet, those posts that you truly like and that can be relevant to your business.  Again, no one strategy here... your level of engagement, along with WHO and WHAT you engage with, are a direct reflection of you and your business, and no one but you can decide what's best here.

WHY would you do this?  Because of the reach and engagement you can get when following this strategy on Twitter.  When following this strategy, you can achieve what we like to call "Breakout Tweets" that individually reach thousands of LGBT consumers and/or businesses (depending on who you are following and engaged with), and are interacted with in the form of likes, clicks, comments and shares upwards of 10% or more (which means that if 1,000 individuals SEE your Twitter post and the post has a 10% engagement rate, 100 people have liked, clicked, commented or shared your post).

First, this example shows a series of normal Tweets, along with what Twitter is measuring, analyzing and reporting to you at https://analytics.twitter.com 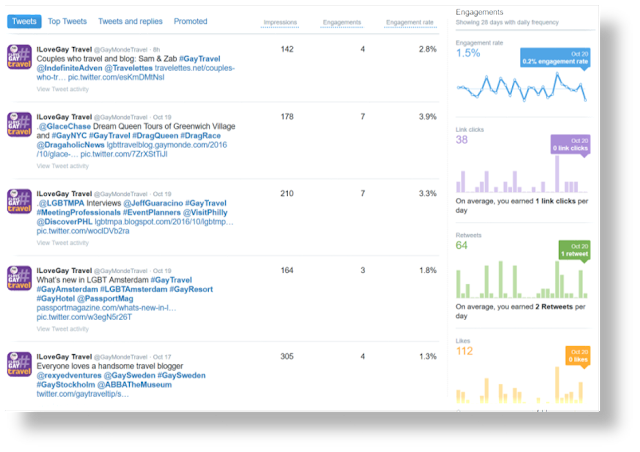 The examples below show just a few Breakout Tweets. 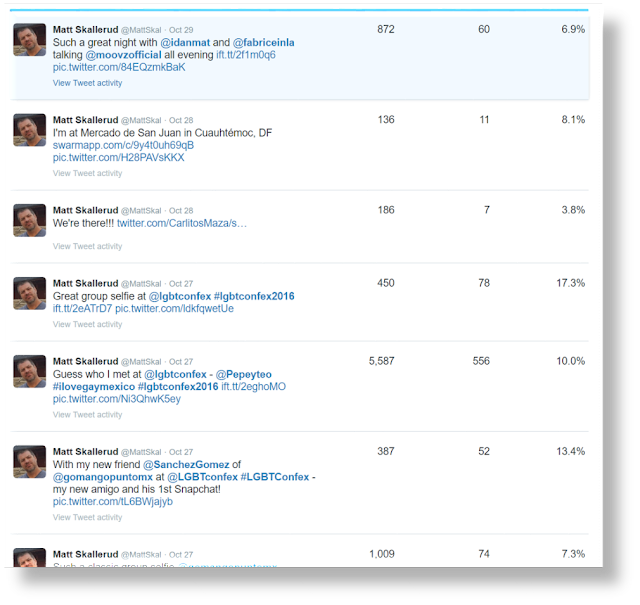 There's a lot we could say in this post, but we think it's all much better summarized in the PDF verion of the PowerPoint linked below, entitled "Do You Speak Twitter (and Instagram)?"  This PDF will get into the nuts and bolts of what makes a successful Twitter post, and why.

Read more on this topic with the following articles: