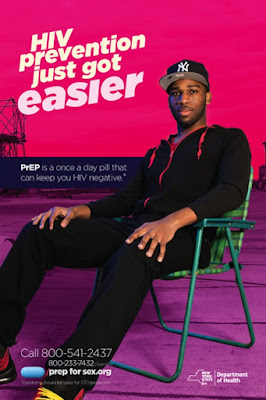 You'd have to be living under a rock to have missed these ads if you were living or visiting New York City recently and perusing your social media feeds.  Between geo-targeted Facebook ads and geo-targeted banner ads on LGBT websites and mobile apps, these ads were everywhere.

In 2015, Better World Advertising launched the statewide HIV Prevention Just Got Easier campaign with their partners at NYSDOH - New York State Health Department and Harlem United promote the use of PrEP via the website at http://prepforsex.org/. The campaign launched with the mission to help Black and Latino transgender women and men, who have sex with men, to remain HIV negative by increasing their awareness and knowledge of the use, access, and benefits of taking PrEP (Pre-Exposure Prophylaxis) as an HIV prevention option. HIV Prevention Just Got Easier has appeared online and locally on posters, public transportation, and in print publications throughout New York City, Long Island, Westchester and the Hudson Valley, Albany, Rochester, and Buffalo.

What's interesting about this and several other campaigns targeting both HIV and STD prevention is their strong use of social media and mobile app advertising. At recent health conferences around the world, attendees have been learning more and more where their at-risk audience is at... gay mobile apps (not LGBT, but specifically gay).  These gay mobile apps including Grindr, Scruff, Jack'd and Hornet. In a recent story in the New York Times, researchers have found that Grindr is a highly effective way of getting gay black and Hispanic men to try home HIV self-testing kits. 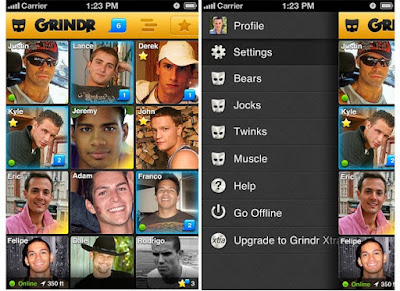 In another recent article, this time in Canada's Globe and Mail, they reported on a similar program and study that began almost 5 years ago, known as Dean Street at Home(DS@H). Men who have sex with men were invited to order a home sampling kit through messages or banners on Gaydar, Facebook, Grindr and Recon. Over a two-year period, starting in January, 2012, more than 17,000 men completed a basic HIV risk assessment that asked about condom use, last HIV test and sexual history. They received feedback on their HIV risk and were offered a home sampling kit to collect saliva or – starting in August, 2013 – blood from a finger prick. More than one-third of the men had not previously been tested for HIV and nearly half were at risk for the infection. Ultimately, 10,323 requested a sampling kit, and 5,696 returned it. Overall, 121 people’s kits tested positive for HIV and 82 were confirmed as new infections. 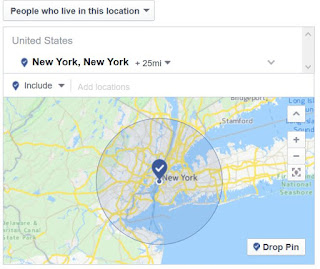 From these and other programs, along with an article in the journal Clinical Infectious Diseases which found that 74 percent of surveyed clinicians back PrEP, yet only 9 percent had prescribed it, the NYSDOH was inspired. With Dr. Demetre Daskalakis, the health department's new assistant commissioner for HIV/AIDS control and prevention, taking the lead, the city has spent about $500,000 to encourage PrEP, with outreach to doctors and ads on Facebook, Twitter and hookup apps like Grindr and Scruff.  Says one ad: "Share the Night, Not HIV." Among those in Daskalakis' focus: young black and Latino men, who studies find at higher risk because of the amount of the virus in the population and health care disparities.

One of their larger and ongoing campaigns in New York City is the #BeHIVSure campaign, which is constantly offering in-home HIV testing kits via mobile app and social media outreach, as well as events held throughout the city such as HIV Testing Day in Union Park.

So how do they find them?  It turns out there are a variety of ways in which these campaigns are constructed.  Some simply geo-target gay men on social media living in the areas covered by the programs being promoted.  This can easily be done on social media, as well as website and mobile apps.  A large percentage of the campaigns running today are using this simplified targeting strategy.

A more advanced method is found when utilizing the newer targeting tools made available by Facebook.  They allow for an ad to target gay men in a specific region who have shown an interest in HIV prevention, as well as STD information.  They also allow for targeting of young black and Latino men based on specific interests as well.  Targeting this group, as compared to all gay men regardless of their interests, has allowed these campaigns to become ever more fine-tuned to reach the exact demographic these programs are looking for. 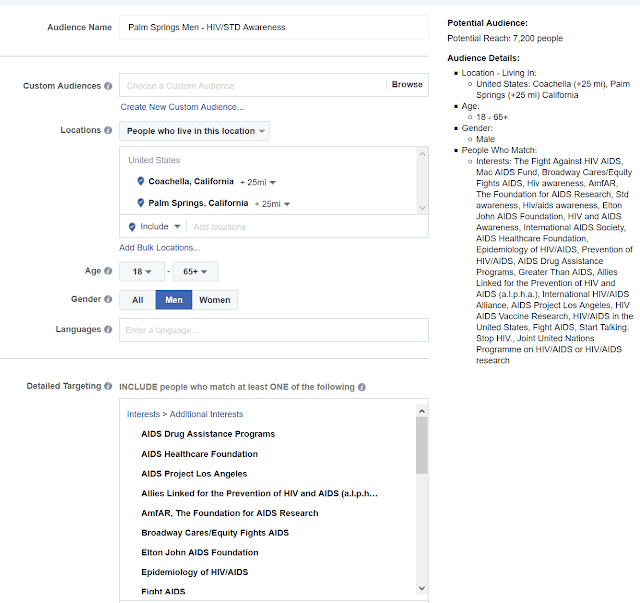 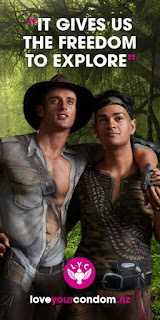 In Palm Springs, Washington, DC and even New Zealand, campaigns are being run today which utilize this exact style of targeting, allowing for the promotion of both HIV and STD prevention overall, as well as specific HIV and STD testing events held in their respective areas.  A company which has taken the lead on this in the Palm Springs area is Oasis Marketing Group.  Using some of the strategy laid out by LGBTBrandVoice.com, this team has allowed their local HIV and STD prevention outreach organizations to target their specific at-risk demographic in the Palm Springs and outlying areas.

In addition, across the US, both the CDC (Center for Disease Control) and AHF (AIDS Healthcare Foundation) are running continuous campaigns targeting at-risk populations within the LGBT community in targeted areas across the US.

Very similar to these campaigns, the FDA announced earlier this year the launch of a historic public education campaign aimed at preventing and reducing tobacco use among lesbian, gay, bisexual and transgender (LGBT) young adults ages 18-24. Of the more than 2 million LGBT young adults in the U.S., more than 800,000 smoke occasionally. The “This Free Life” campaign is designed to specifically reach the occasional or “social” smokers in the LGBT community to help prevent tobacco-related disease and the loss of tens of thousands LGBT lives to tobacco use each year.
For who they target, their research has indicated that many LGBT young adults find a sense of community at LGBT bars and clubs, which sometimes provide environments conducive to tobacco use. Additionally, when some LGBT influencers - such as YouTube personalities, community bloggers and other nationally known figures - openly promote tobacco use, it further establishes tobacco use as a norm within the LGBT community.  Their targeted campaign has launched in 12 markets in the US using print, digital and out-of-home ads, as well as outreach at the local level to showcase tobacco-free behaviors and attitudes within the LGBT community. The $35.7 million campaign is funded by user fees collected from the tobacco industry, not by taxpayer dollars. 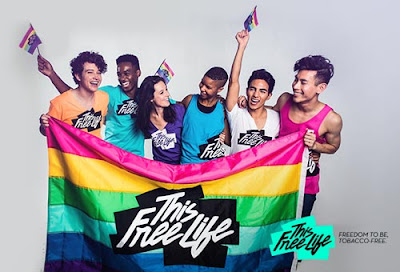 Their social media assets and profiles can be seen here, including some of their work with LGBT influencers including Chase Ross, Rickey Thompson, Julia Nunes and Miles Jai.
Their targeting options are very similar to what is available to HIV and STD prevention targeting, but the social media profiling to target those interested in smoking is limited.  However, in the world of programmatic ad buying, current and former smokers can be targeted, as well as those who purchase tobacco products and accessories. 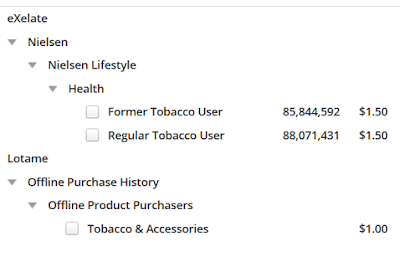 If you're an organization wishing to target these, or any other at-risk group in the LGBT community, we can help.  To learn more, please review our sites at www.LGBTBrandVoice.com and www.PinkBananaMedia.com.  For more specific information on our HIV and STD prevention, as well as anti-tobacco prevention, you can find this info here:
anti-tobacco hiv hiv prevention lgbt std std prevention tobacco