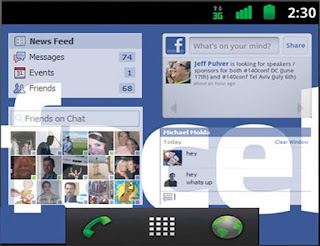 Our Social Media and Web 2.0 presentation, showing companies how to best reach the LGBT community online using blogs, photos and videos and then distributing that content far and wide through Facebook, Twitter and more, has now been overhauled for 2012.

Some of the major updates include a stronger focus on smartphone and mobile technologies, as our latest analysis of client websites shows that over 1/3 of their website traffic now comes from smartphones including iPhones, iPads, Android-based phones, Blackberries and the new Windows 7 phones. For those of you that saw our previous 2.0 presentation, hopefully you recall when we suggested you focus your energy on getting mobile optimized? In addition, more companies are uploading content, including photos and videos, as a daily part of their social media outreach. In one click, content can be added to Facebook, Twitter, Flickr, YouTube, Tumblr, and Instagram, creating a more timely set of updates in today's world that has become used to instantaneous access to information and where today's news truly becomes yesterday's news in less than 24 hours.

Another major update has been the inclusion of Klout's influencer scores as part of a company's media mix.  We've gone from website publishers being new media in the late 90's to bloggers becoming new media in the 2000's.  Today, social media and individuals focused on specific industries and topics, with a large following and incorporating their own unique voice and mix to their social media updates, have become as important, if not more, in comparison to the traditional publishers of yesteryear, including website publishers and bloggers.

Advertising, marketing and PR, are merging into one.  A company's message is often written not only as a traditional press release, but also in a blog format, with less formality and more of a direct connection to a company's target audience.  The blog format, along with photos and videos, can then be distributed far and wide, through a company's own social media network, as well as with key influencers and partners in that company's target market.  These partners include websites, publications and blogs, and the content can be distributed as both advertorial, or rewritten and included as original content.

Together, a company's social media network, their Twitter ReTweets, their Facebook comments, shares and likes, their shares and +1s on Google Plus, their photos on Flickr or Instagram, their videos on YouTube or Vimeo, their Klout's influencers and their website and blog partners, constitute a new and ever-evolving marketing mix for 2012.