By Pink Banana Media - April 23, 2015
History was made yesterday when the NASDAQ had Matt Skallerud of Pink Banana Media and Tom Roth of Community Marketing & Insights, co-producers of LGBT Week NYC, rang the closing bell on April 22nd in Times Square in New York City. 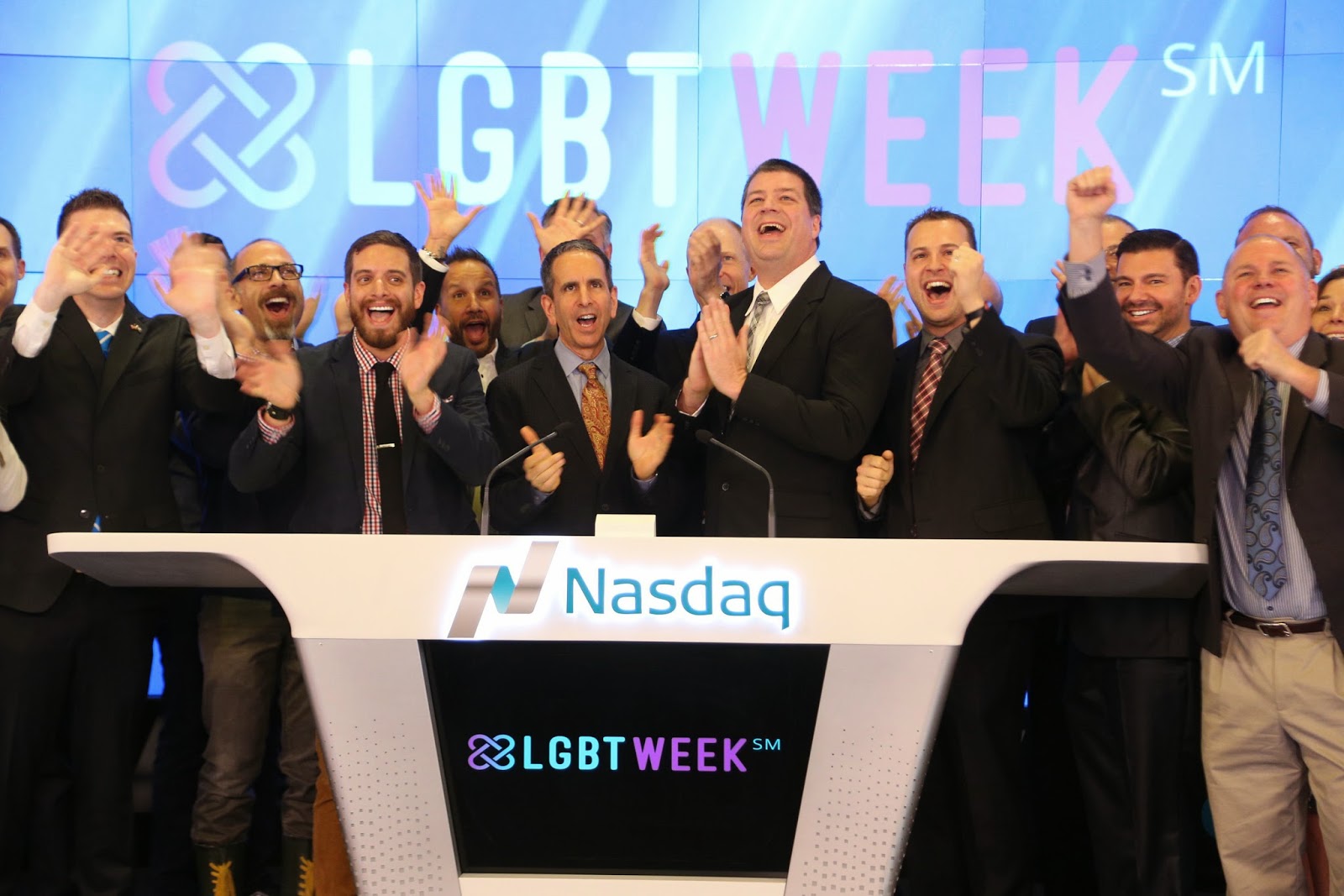 In the NASDAQ closing ceremony, it was announced "LGBT Week NYC, a natural evolution from what was formerly the 1-day LGBT Marketing, Advertising & Technology conference held in New York for the last 8 years, is now expanded into a full week of programming, including partner events from StartOut, LesbiansWhoTech.org and the NGLCC-NY. LGBT Week NYC offers a series of conferences, symposia, workshops and events that aim to educate as well as provide opportunities for networking. Bringing together the worlds of advertising, marketing, technology and business in the LGBT marketplace, this week long series of events is a can’t-miss comprehensive educational and networking program."

LGBT Week NYC has been unique in that it's brought together major technology partners, including Microsoft and Google opening their doors to the New York City LGBT business community, where several of the events during the week were held.  It's also brought together key LGBT industry partners, including Rivendell Media, Focus Group Radio, and more.  It was a combination of these partnerships in business and technology with the LGBT community that helped create this inaugural LGBT Week NYC this year, as well as showed our community as a business force that also brought us to NASDAQ.

For more information on LGBT Week NYC at NASDAQ, you can find more at the following links: 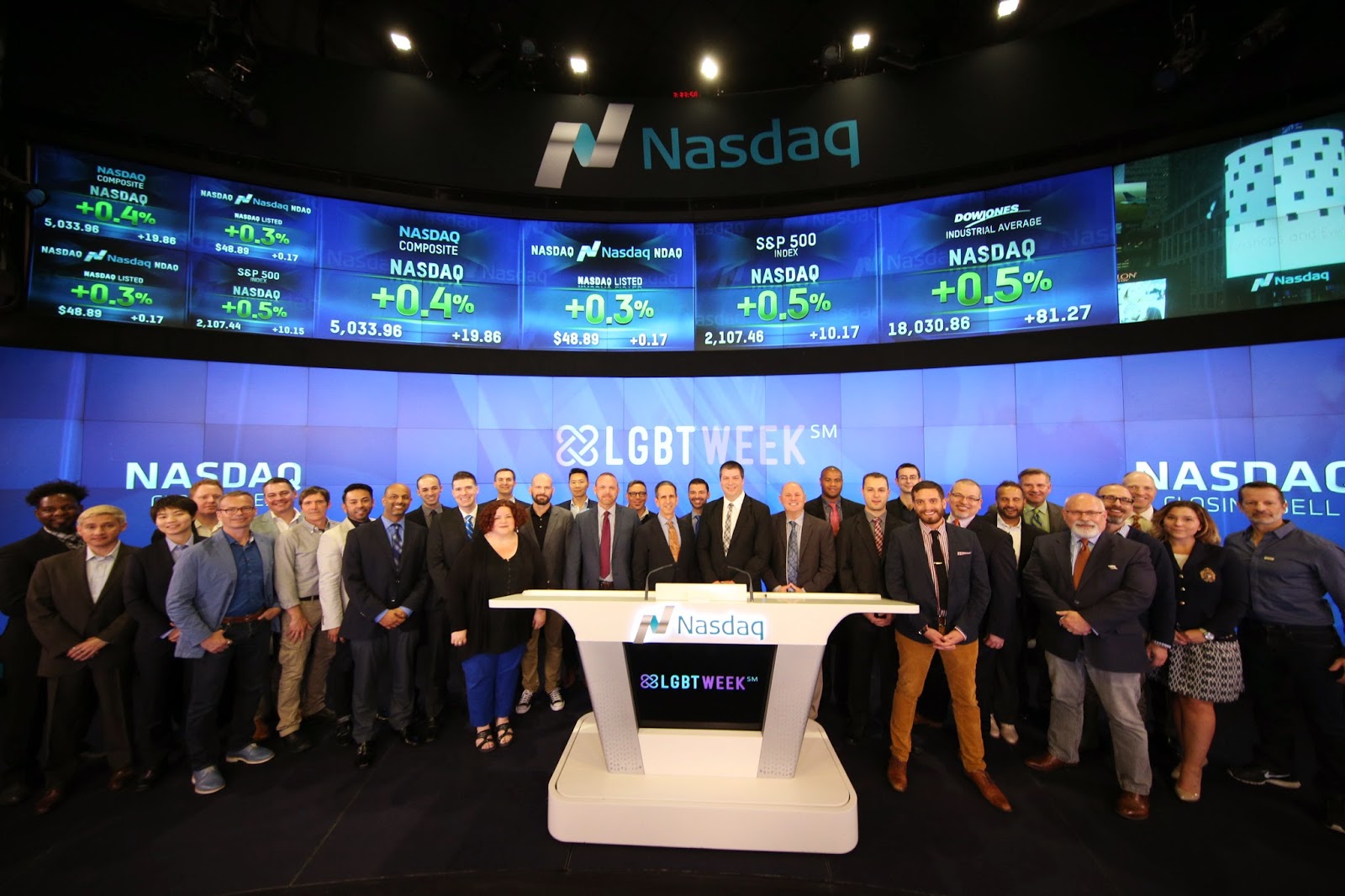 LGBT Week NYC is all about partnerships, and our partners were there in force, with the following folks and companies represented: 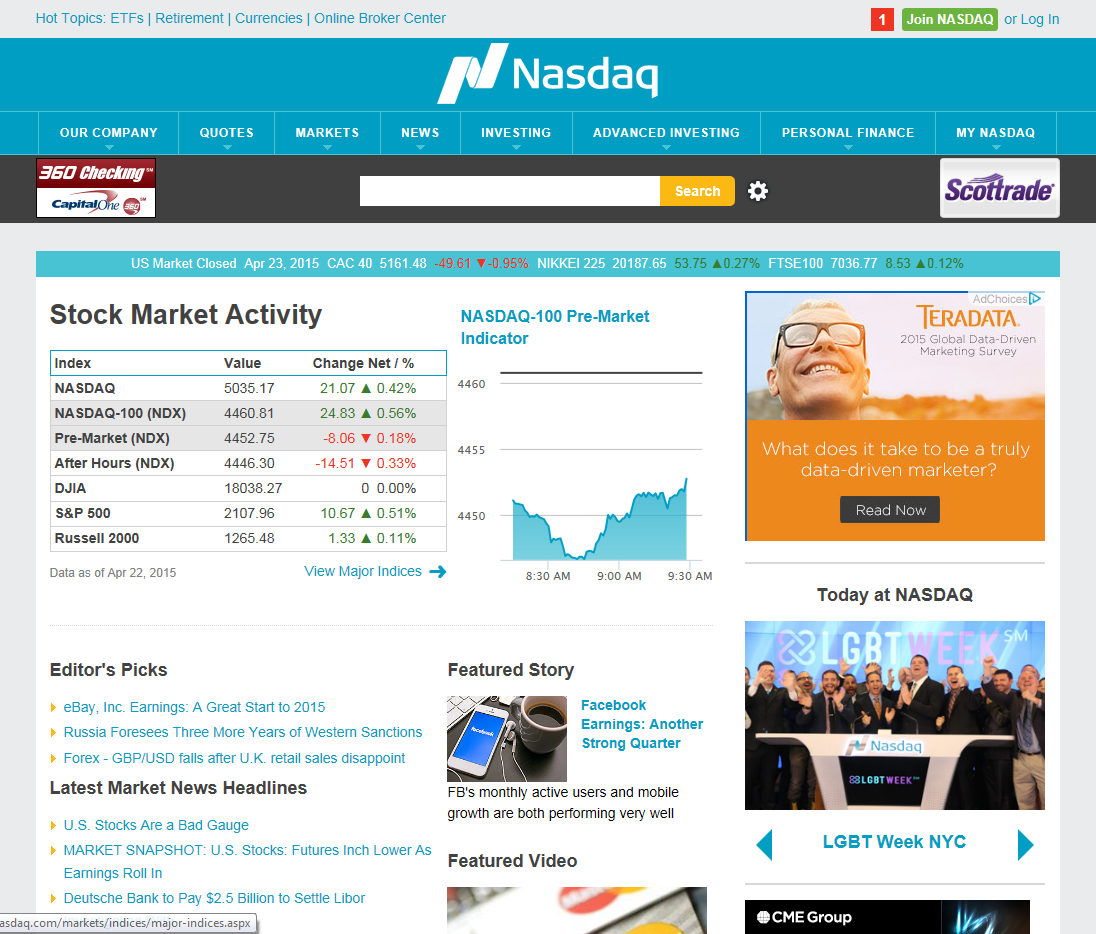