There is a major shift occurring in terms of how companies are able to market themselves online, tapping into many of the techniques learned first with Google AdWords and then with Facebook Ads, and applying those techniques to the world of highly targeted banner advertising in 2014.

Search marketing taught companies how to efficiently target their specific demographic, tapping into the search terms their potential customers were typing in to Google, Bing, Yahoo and others.  With Google AdWords dominating this landscape, the concept of managing and optimizing a marketing campaign based on knowing what the ideal search terms were for driving the best customers to one’s website became commonplace, and for the most common search terms, such as “gay travel”, the cost was higher because companies were bidding against one another to be the #1 advertised search result. Since the majority of these search engine ad buys were CPC-based (cost-per-click, or paying a maximum dollar amount for each click-through to a company’s website or landing page), online marketing became highly monitored, measured and analyzed for maximum performance.  As a result, this became the norm, raising the bar while setting a new baseline for ad performance expectations.

With social media, online advertising took what worked for search, but added a twist.  Rather than focus on the key search terms a company’s target demographic might be searching for, an ad on Facebook allowed the advertiser to focus on a person’s profile demographics instead.  So if someone identified as gay, lived in Chicago and showed a love for history or museums or nightlife, this individual could be targeted with an ad based on those interests.  Many of the same rules and concepts from search engine marketing applied, including bidding against competitors on highly desired profile demographics and paying on a CPC (cost-per click) basis.  When it came to monitoring, measuring and analyzing performance, Facebook wrote the rulebook from scratch with Facebook Insights, focusing on new marketing terms such as “engagement” and reinforcing the idea that the most successful campaign, paid or free, in social media is a campaign where individuals comment, like, share (or ReTweet) the advertiser’s content.

Fast forward to 2014, and we find that much of what has been developed and learned over these past few years in search engine and social media advertising techniques is now being applied to the world of banner ads as well.  The most difficult hurdles were bringing all of the various banner ad server technologies together into a system that could all speak the same language, as well as harnessing computer power that could make split-second decisions on what banner ad to deliver to each and every individual as they surf the Internet, whether that’s on their laptop, tablet or smartphone… and whether what they’re viewing is written content, photos or video.

The technology is called “programmatic ad buying”, whereby ad placements are bid on automatically (using software very similar to what is found when buying stocks and mutual funds online) by ad agencies that have access to the Demand-Side Platform (DSP) series of ad exchanges.  Today there are billions and billions of ads served through this exchange network, and the CPM rates are becoming more and more reasonable, as this is no longer the world of “remnant” ad inventory selling at $1-2 CPM.  Rather, this is the higher-end, targeted ad inventory that ad agencies are able to buy, merging the world of “big data” (ability to layer data on top of an ad buy to segment out certain demographics, such as “those interested in high end spas and resorts” or “recent home purchasers” or “recent insurance purchasers”) with a known audience (in our case, an LGBT audience).

While this technology is not on every website out there online, it’s on most of them, and when it comes to some of the largest and best sites online, ranging from Huffington Post to New York Times to CNN, they’re all there.  In the world of LGBT media, Huffington Post Gay Voices is on the exchange, as well as TowleRoad.com, JoeMyGod.com, Queerty, GayCities, Instinct Magazine, Curve Magazine and many more. 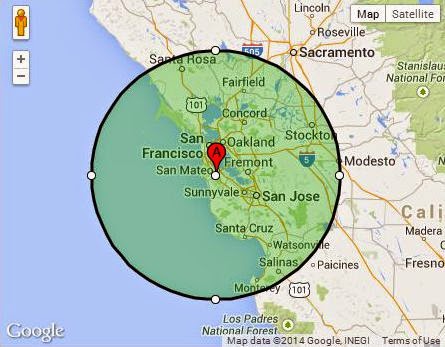 In addition, mobile ad inventory is on the exchange in a major way, including all of the top LGBT social/personal apps such as Grindr, Scruff, Hornet, Growlr, Brenda and more.  And the performance of mobile, at least for now, is far outweighing the performance of traditional banner ads in terms of both impressions served and the click-through rates these banner ads are delivering.

The strength of programmatic ad buying is in the hyper-targeting of a banner ad to just the right potential customer.  Ads can be targeted to specific neighborhoods or regions of a city, both for traditional banner ads, but more importantly for mobile banner ads utilizing GPS technology.

Demographic targeting has reached new heights, with advertisers being able to select specific persona types, hyper-targeting an individual based on HHI (household income), position within a company and more.  Say you want to target lesbians in their 50s with no children who live in Scarsdale, NY. Or gay men in the Rocky Mountain states between the ages of 18 and 35 who enjoy mountain biking.  With billions of possible targeting combinations to choose from (there are more than 41,000 ZIP codes in the U.S. alone), advertising has become a much more niche endeavor. It’s also beyond the scope of any human being to identify the right combination that will drive the highest quality leads. This is why manual campaign optimization strategies blow much of the ad budget up front on trial-and-error schemes to determine what’s working and what’s not. It casts a wide net and works its way backward from there. Programmatic campaigns, on the other hand, do the heavy lifting for you. Once you plug in the information about your campaign goals and key performance indicators (KPIs), the campaign immediately gets to work. It starts off small using predictive analysis, and evolves from there based on what’s working. This not only gets brands to their KPIs faster, but results in fewer wasted dollars.

Contextual targeting allows for key search terms used successfully in a company’s search marketing campaign to be applied to the world of banner ad as well… thus, if a company has strong success in search marketing using terms such as “same sex marriage”, their banner ads can be targeted just to those articles and content that have the words “same sex marriage” in them as well.

Lastly, the power of 1st Party LGBT Data is coming into its own as well… basically, if an individual visits an LGBT site that is part of an LGBT ad network on the exchange, that individual can be served LGBT advertising wherever they may be… they can be on Huffington Post, Buzzfeed or any other site, gay or straight, and see an advertiser’s targeted LGBT ad.  This increases the inventory opportunity of LGBT banner ads by several million impressions per day, and allows for premium LGBT advertising previously unheard in recent years.

With these new marketing tools in place, banner ad creative can now be designed for an even more specific audience than ever before, ensuring even better performance.  Thus, the opportunities for a successful campaign are continually expanding for some of these more traditional banner ads in today’s online LGBT marketing environment.  Between banner ads on the more traditional LGBT websites and smartphone apps, and LGBT banner ads being delivered to a gay & lesbian audience outside of the traditional LGBT website environment, the future for LGBT targeted banner ads looks bright indeed.

For more information, go to http://www.pinkbananamedia.com/ads.cfm

This article originally appeared in the October/November 2014 issue of Unite Magazine:
http://unitemag.com/business/