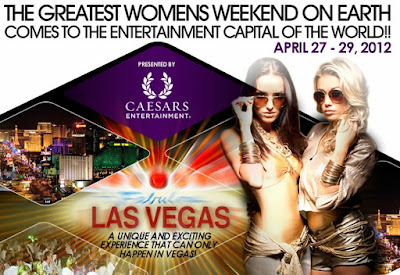 “Girl Bar Dinah Shore Weekend has become a ‘must attend’ event for the lesbian community and has a committed group of followers,” said , director of LGBT marketing for Caesars Entertainment. “As the only casino company with a 100% on the 2012 Human Rights Campaign Corporate Equality Index, our commitment to the LGBT community is strong. We are delighted to serve as hosts for the event’s debut and look forward to a long-lasting relationship with the Girl Bar and the event founders.”

In addition to presenting Girl Bar Dinah Shore Weekend 2012, Total Vegas recently served as a sponsor of White Party Palms Springs April 6-9, 2012, with a lavish Total Rewards Lounge offering guests the opportunity to win a Vegas weekend getaway.
To stay on top of gay events at Caesar's make sure to 'Like' Total Reward Pride's page on Facebook. 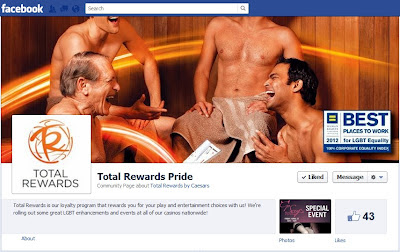 You can find the Dinah Shore Weekend Facebook page here, where you can learn more about the festivities going from April 27 – 29, 2012 which include: